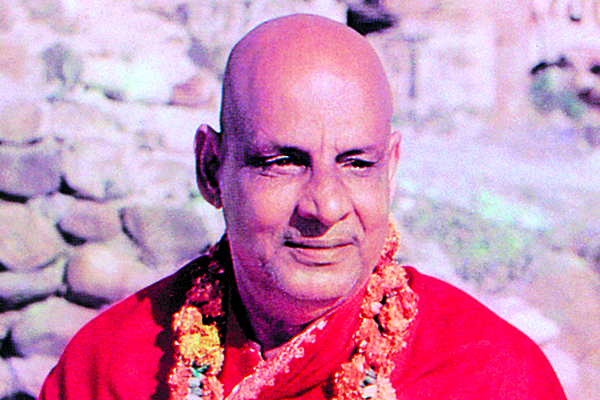 Swami Sivananda, one of the greatest Yoga masters of the 20th century, is the inspiration behind the Sivananda Yoga Vedanta Centers.

Born in 1887 in Pattamadai, Tamil Nadu, South India, Swami Sivananda, whose name was then Kuppuswami, was a brilliant boy at studying as well as gymnastics and naturally inclined toward spiritual and religious practices.

His parents were very devoted to Lord Siva and Kuppuswami was eager to join them twice daily for worship (Puja) and Kirtan (Mantra chanting). His natural selfless spirit led him to a career in the medical field. His amazing eagerness and ability to learn and assimilate his studies earned him the respect of his professors who invited him to attend surgeries while still in his first year of medical school.

The young Dr. Kuppuswami felt a strong urge to go to Malaysia where he felt there was great need. In a short time he was given the responsibility of running a hospital. During these years Dr. Kuppuswami was renowned as being both an excellent doctor and a true humanitarian. Very often he waived consultation fees for patients too poor to afford his services and on many occasions provided medicine for free to his neediest patients.

One day Dr. Kuppuswami had the opportunity to cure a wandering Sannyasin (renunciate or Monk) who then gave the doctor instruction on Yoga and Vedanta. From that day on his life changed, and gradually Dr. Kuppuswami became more introspective and could not stop pondering the great questions of life. Now he felt the need to help people on a more profound level, not just healing their physical body, but helping them to find a cure for all suffering.

Filled with a tremendous desire for spiritual growth and enlightenment Kuppuswami went to North India in search of his Guru. After spending time in Varanasi (Banaras) he travelled north to the Himalayas. There in the holy town of Rishikesh (which means “the abode of the sages”) Kuppuswami discovered his Guru who gave him Sannyas (a monk’s vows of renunciation). After taking these vows, Swami Sivananda Saraswati, as he would be known henceforth, started an extremely intense daily Sadhana (spiritual practices) and Tapas (austerities) for the next 10 years or so. By the end of that period many co-Sadhus felt drawn to Swami Sivananda for his instruction and his spiritual inspiration.

From that time Swami Sivananda became one of the most prolific Yoga teachers who have ever existed. Although he rarely left the little town of Rishikesh (with only 2 India tours and no visits abroad) Swami Sivananda’s teachings spread quickly throughout our entire planet. He personally wrote – by hand, no computers at the time – more than 200 books on topics connected to Yoga and Philosophy. He wrote in a style that is very direct and bursting with dynamic, spiritual energy. As a result many who read his books felt their lives deeply touched and transformed and so came from all of India, all of the world, to learn from him directly, and to bask in his holy presence. The teachings of Master Sivananda are summarized in these 6 words: 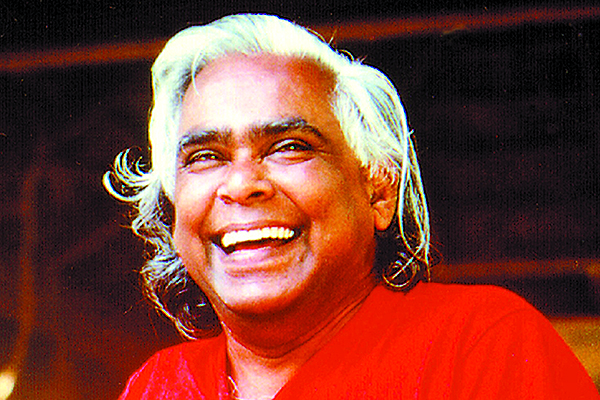 Founder of the International Sivananda Yoga Vedanta Centers, Swami Vishnudevananda, was a world authority on Hatha and Raja Yoga. Swamiji was also known as the “Flying Swami” for the different peace missions he accomplished around the world.

Swamiji was born in Kerala, South India, in 1927. As a young child one of his main character traits was a strong will and determination. His mother, now known as Mataji who later took Sannyas (vows of renunciation) from Swami Sivananda, said that whenever her son wanted something, nothing or no one could stop him. An interesting anecdote tells how as a 5 year old youngster he had the strong desire to go to school and learn. When told that it was not possible since the nearest school was located more than 5 miles away, the child took upon himself to pack and go early the next morning for the long 5 mile walk through the jungle. He walked back that evening and would do the same for many years to come.

As a teenager without financial resources for university, he turned to joining the army to receive the scientific education he yearned for. During this time as he looked for a lost paper in a wastebasket, his eyes fell upon a paper entitled “20 Spiritual Instructions” by Swami Sivananda. The pamphlet began with: “An ounce of practice is better than tons of theory”. The practicality and inherent power of these simple words lead Swamiji to travel across India during a 36-hour leave to meet Swami Sivananda in far away Rishikesh in the Himalayas. This short visit left such an impression on the young boy’s mind that he resolved to return as soon as possible.

On his second visit, the young disciple received 2 powerful lessons from Swami Sivananda. The first lesson came when Swami Vishnudevananda felt too timid and a bit arrogant to bow to the Guru Swami Sivananda. So the Master Swami Sivananda prostrated fully before the young student demonstrating the lesson of humility. The second lesson came during Arati (worship ceremony) to Ganga (Ganges river). Swamiji was perplex and doubtful as he pondered why intelligent people would worship what scientifically is merely H2O. The Master then smiled subtly and gazed at Swamij who instantly beheld the river as a vast, bright, cosmic light. Swami Sivananda then invited the young boy to remain at the Ashram to study and become a Yogi. Swami Vishnu-devananda spontaneously replied “Yes”.

For 10 years Swami Vishnudevananda continued at the Sivananda Ashram and was trained in all aspects of Yoga by Swami Sivananda. Swami Vishnudevananda quickly became an exceptional adept in the path of Hatha Yoga and was a very keen and tireless Karma Yogi. One day Swami Sivananda gave Swamiji a 10 Rupee note (less than a dollar!) and his blessings to travel to the West and spread the teachings of Vedanta. “People are waiting” were the words of the Master.

Swamiji As A World Teacher

Swamiji’s limitless energy and profound inspiration lead him to found and direct the International Sivananda Yoga Vedanta Centers which now numbers more than 20 Yoga centers and 9 ashrams many Affiliated centers and teachers. Swami created the first Yoga Teachers Training Course which to date has trained many thousands of certified teachers in the field of Yoga and spirituality. One of his brilliant touches was to summarize these ancient and vast teachings into five principles of Yoga which are easy to understand and convenient to incorporate in one’s daily practice.

In 1969 Swamiji had a vision of the world being engulfed by fire and people fleeing in all directions, oblivious of boundaries. He saw that national, political and other boundaries were just limitations of the mind that must be overcome to achieve world peace. In helping towards this goal Swamiji started the “True World Order.”

He began the Yoga Teachers Training Course, which today continues to train thousands of people in the science of Yoga. Graduates have spread the teachings of Yoga worldwide. Swamiji attended and sponsored many peace festivals offering Yogic discipline as an alternative to drugs and aimlessness. One of Swami Vishnudevananda’s greatest peace missions was in 1971. He flew his twin engine Piper Apache plane around the world “bombing” troubled areas with flowers and peace pamphlets. Belfast, the Suez Canal, Jerusalem, Lahore and Bangladesh were some of the places he “bombed”. Swamiji’s plane was painted by artist Peter Max and is on display at the Sivananda Yoga Camp in Val Morin, Canada.

Swamiji opened Yoga centers and ashrams around the world. Some of the symposiums he held at these locations were: the International Yoga Teachers Congress, All Gurus Festival, Yoga and Psychic Discovery, Man and his Future, Physics and Metaphysics, Festival of Inner Light, and Survival into the 21st Century. These yearly symposiums continue today at the various Sivananda ashrams.

In 1978 Swamiji’s book Meditation and Mantras was published and has since been reprinted and translated into many languages. Also in this year Swamiji began a year of silence and meditation. In 1979 he again began to speak, and started writing and lecturing on Karma and disease. He also spoke about preparing for survival into the 21st century and educating the public for nuclear disarmament.

In 1983 Swamiji flew over the Berlin Wall from West to East. He held the Global Village Peace Festival right beside the wall and led over 60 people in walking across hot coals. The year 1983 also brought the publication of the Sivananda Companion to Yoga. Swamiji then brought his peace mission to India where he toured in a double decker bus conducting programs aimed at awakening people to the tradition of Yoga. Swamiji met with Sikh leaders hoping to open up a dialogue between them and the Indian government. In 1987, Swamiji organized another All India Tour for the 100th anniversary of the birth of Swami Sivananda. The Sivananda Upanishad and Swamiji’s commentary on the Hatha Yoga Pradipika were published. A few years later Swamiji’s Karma and Disease was also published. During the eighties Swamiji continued to tour and lecture in addition to running the ever-growing number of Sivananda Yoga Vedanta Centers and Ashrams. Swamiji initiated many temples at these locations.

Swamiji’s Om Namo Narayanaya Peace Campaign was organized in 1991. People world wide chanted and wrote the mantra of Lord Narayana. The written pages were “deposited” in rock “banks” on top of Vishnu Peak in the Himalayas. The following year, although in failing health, Swamiji went on pilgrimage along the length of the Ganges River from its source in Gomukh to its mouth at Calcutta.

The spirit of his peace missions continue through the teachings of the Sivananda Yoga Vedanta Centers and Ashrams worldwide.